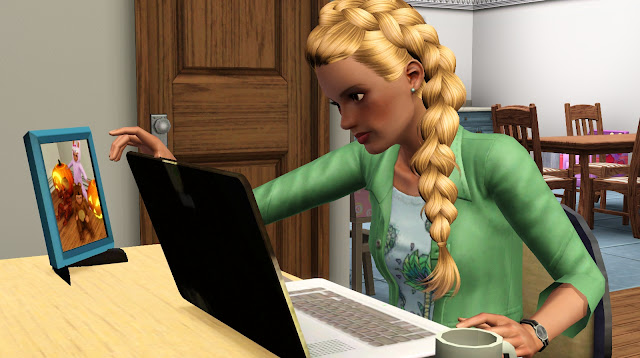 I just finished reading your letter. You are such a sweet unassuming, non judgmental person and even though we have never met in person, I love you to pieces. The two of us make quite a pair. We are such polar opposites! You are very analytical and I am an emotional mess. I think if we divided us up and gave half of ourselves to the other we would be two perfect people! Oh gosh not to say you are imperfect. I guess opposites do attract and balance each other out. 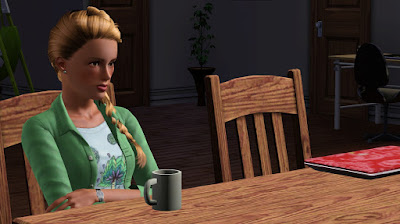 I got up early, it was still dark outside and the kids were still sleeping.  I needed some quiet time to think about your letter. There was so much there.

I made a pot of coffee, I will need it to get through this day for sure and sat down and thought about my support system. 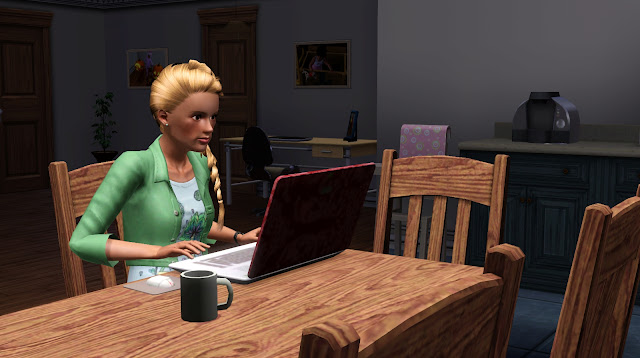 Soooo, I'm just gonna jump into your analytics. I think support systems are for those not in hiding! That said, I did take a quick look at the grid mostly out of curiosity. Sadly, as I expected, I only have a few people that I could list as a possible part of any support system. You, Reese, Brooke and guess who...Leroy (he’s back). There are coworkers, but I really keep them at arm's length because they get too nosy and I am still trying to hide. However my cover may be blown soon anyway - Oooohhh. That's sounds so secret agentyish - I don't think that's a word but it at least made me laugh! 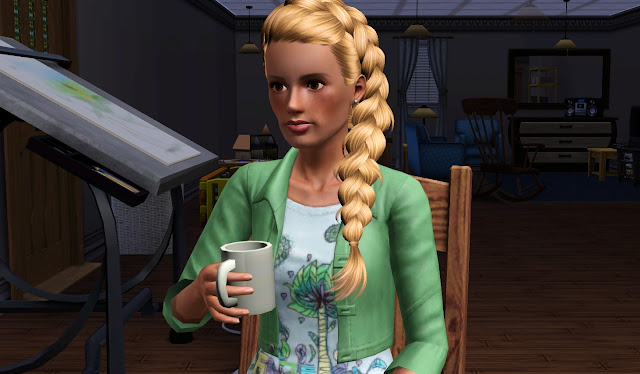 Anyway, I did my grid...and guess what - you and Leroy are really it and Leroy didn't come out as high as I thought he would. That upset me. I think it's me though, not him. I don't trust him like I should with some of my feelings. Don't you have to trust the people that are part of your support system? Honestly Meadow, I don't know why I can't let my guard down with him. I told him everything about Newt and that was crazy hard. And still, he stayed. So why is it so hard when it comes to emotions? 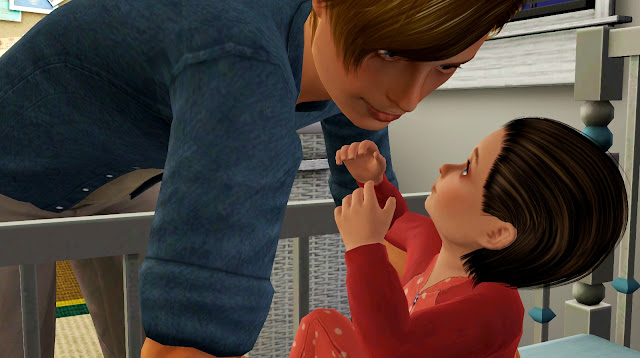 I couldn't include Reese. Reese, my wonderful son who I have put through so much by ripping him from his home. He struggled to become a parent to his younger siblings and had to grow up too fast. Without good parenting, he made life changing mistakes and now he really is a father to two very sweet boys. 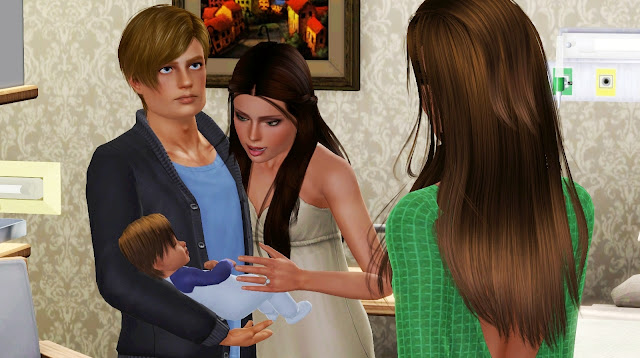 Oh my! How could I have not told you? Brooke and Reese had their baby! Fortunately Brooke adores Reese. And the feeling is mutual. I know that Reese is resilient. He has adapted and overcome so much. I simply can't burden him with my issues. He has enough of his own now with two babies barely a year apart. Fortunately he hasn't witnessed my meltdowns and Meadow, they are coming more frequently and that has me worried. 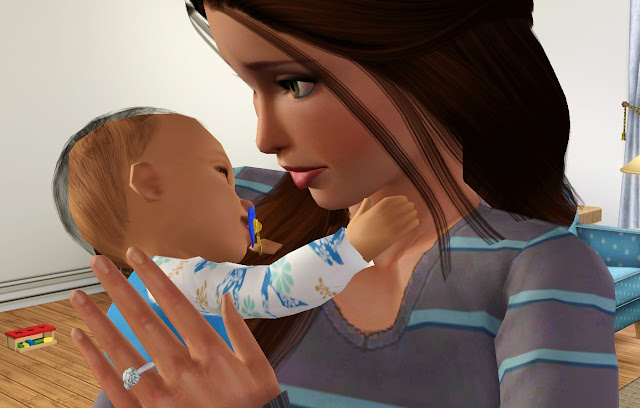 I also excluded Reese's fiancé - yes he and Brooke are engaged. Brooke is a lovely girl and so sweet, but still in high school. She already does so much for me, mostly because Jordan, their baby, lives with us. They will both graduate in a few months and will no doubt get married. She is homeschooling and comes to the apartment and takes care of Sam, Hailey, Maddy and Jordan while I go to work and Reese goes to school. So, she does more than enough for me without burdening her further. 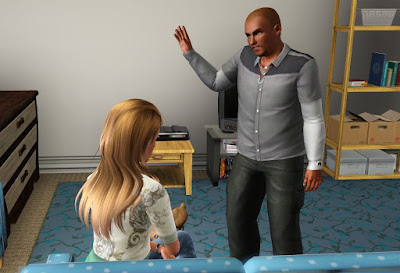 Then there is Leroy...my sweet teddy bear of a man. Would he do the things I need? I don't know. He gets really upset with me when I try to apologize for things that I did. So I don't think I can ask him to do more.

I make so many mistakes and I need to let him know I didn't purposely mean to make him upset or cause him problems and that I feel badly about it so he won't stay angry with me. I don't want to hurt him. He gives me so much and I don't have anything to give back except my problems.

And finally there is you. Meadow, you don't give yourself enough credit. You were simply looking for someone to share tips about raising a two-year-old and got caught up in my drama. And instead of politely dumping me you dove in head first, listening and trying to provide help and - yes - support even when I didn't ask for it. But when I did ask, you sent me information!  So much that I can't process it all, it's just so overwhelming and very intimidating and a whole lot of scary. (I am smiling. It's okay. It's more than anyone has ever done for me. I am truly touched.) 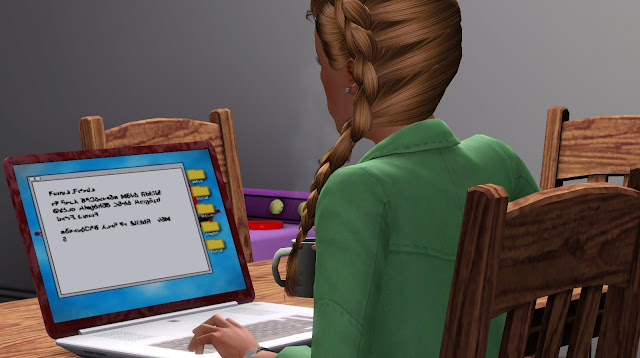 When you started talking about feelings everything gets all jumbled up in my head. You know I love my children and Leroy too. But I also have love in my heart for Newt. Not romantic love. Not like Leroy. More like a family member gone astray. But I could never be with him again. I broke him. I was with Newt for 17 years and he is the father of 3 of my children and I broke him and I still feel the need to fix him. But I don't think I can and that makes me sad.

Meadow, Leroy wouldn't understand that. He would beat the crap out of Newt if he ever met him. How could he understand that I don't hate Newt. I don't want to break Leroy too and when I do things that make him angry it terrifies me. This would make him angry. So my feelings are a mess. 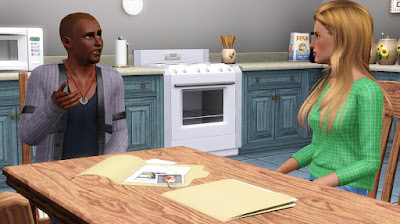 Okay - so you already know my worst secrets so I am gonna lay another one on you. When Leroy came back he brought with him some information that floored me. He said that was why he was gone so long, they were researching Reid, the fireman I had dated before Leroy and I got together. He has been harassing me and we were trying to get him to stop. 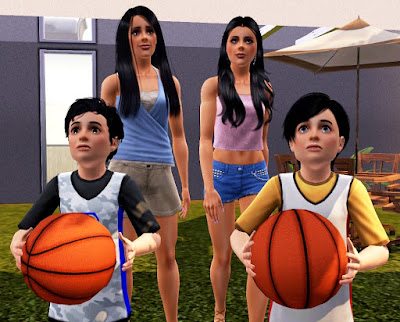 So, this will surely blow your mind worse than my irrational meltdowns. Make sure you are sitting down. It turns out Reid Nielsen, the really hot firemen that looks almost exactly like Newt, well he is Newt’s half brother and Newt has no idea. Newt thinks they are cousins, which, oh by the way, they are that too! Kinda sorta explains the strong resemblance.

But the worst part of it is, I think Reid knows. He tricked Ben into telling him his father's name. Reid told me he knew Newt. So I am pretty sure he knows they are half brothers. So now there is someone here in Twinbrook that knows who I am and where I am. And he's threatening to tell Newt. That's why I said my cover might be blown.

So let me explain, both Reid and Newt have the same father, my father-in-law. Their mothers are freaking twin sisters! Talk about a soap opera. I have enclosed pictures. Leroy thinks that Newt’s mother accidentally found out so her sister took her son and left town. I didn't even know she had a sister. That's how bad it must have been. Sad thing is the boys were very close growing up - like brothers. 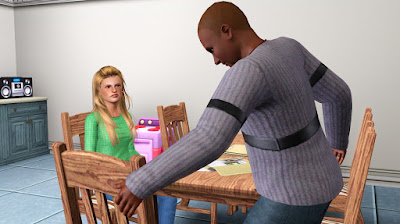 And yes, when I found out I went into a tailspin. Not because of the truth so much although it unnerved me, but because of what this is doing to Leroy. I told him I was sorry I dragged him into my mess and that he should probably take his girls and leave. That made him furious and when I tried to fix it, he just got up and left again. I was upset that he left but I could breathe again. I didn't want him to leave but was glad he did. It made no sense to me. 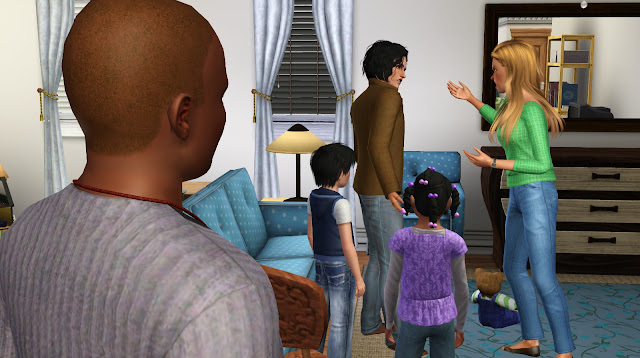 But he wasn't gone three days this time. He came back an hour later - because Reid showed up. Leroy was worried about what he might do. I was trying to get him to leave and Leroy practically threw him out. What a huge mess.

That's why I have to get a place of my own so I can divorce Newt, keep my babies - all 4 of them (Dakota included) and maybe be able to give Leroy an unconditional yes, if I don't mess things up first! Wish us luck. I think we may well need it.

So that was an awful lot about me. I am so sorry to hear what you went through with your mother's death. I can understand the guilt of living. But your brother sounds wonderful and he was there for you when you needed him. Your relationship with Norman makes me a little jealous! But it also makes me happy that I had more than one child. Well, way more than one! I often wished I would have had a brother or sister to confide in. I hope my children are as close as your family. 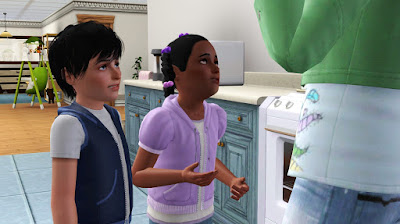 When I watch Ben and Dakota together, I think they will be. It will be nice to watch them as they get older. Because where you see Ben, there is Dakota. He has taken her under his wing as the protective big brother no doubt modeling his behavior after his own older brother.

And Hailey and Maddy will be close too. I am glad she has a sister to grow up with. It's nice. Ugh, I say that like nothing will stop our family from staying together and that Dakota is my daughter. She feels like it. I suppose if for some reason Leroy and I don't make it, Dakota and Hailey will still be a part of our lives. But the thought of it without Leroy makes it hard for me to breathe. Sorry - all about me again.

Ira was lucky to stumble into your family. I was lucky too. You are warm and welcoming. Norman will love Ira and her daughter well. I can just tell. None of us - me, Ira, her daughter or Jena - could ask for a better support system. Thanks Meadow!

Kaitlin
Posted by AudreyFld at 4:29 PM