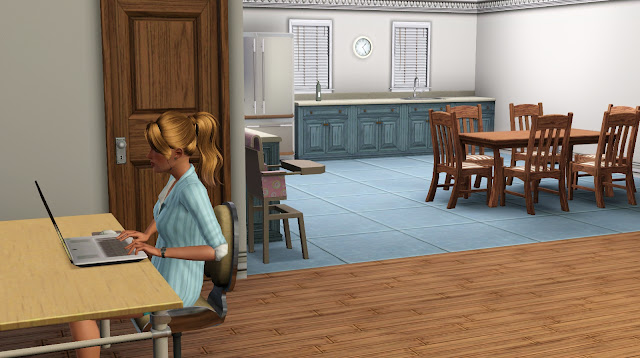 OMG & LOL- Those acronyms are so not in my vocabulary but when you have a teenager, well, they tend to sneak in.

So why am I saying Oh My God and Laugh Out Loud? I read your letter and I have to admit, I freaked out (the OMG part). I was really afraid at first. I mean I almost lost it. But the more I thought about it the more I am sure the Newt in your brother's letters couldn't possibly be my Newt. And I use the term 'my' loosely! He was never really mine, even if I desperately wanted him to be.

Newt was, and probably still is, very much a 'ladies man' and no doubt would love to give "relationship" advice. More like how to pick up women advice. So when you said he was giving your brother tips it just sounded like something he would do.

So why am I 'LOLing' then? Because 'my' Newt would never, ever write a letter to anyone! Maybe a text or an email, but not a full blown letter. Well, unless it was business related. It's simply not something I can see him willingly doing.

Also, your brother seems to be 'nerdy' for lack of a better term (no disrespect intended) and Newt is the opposite of nerd. He was a football player all through high school. He purposely didn't associate with 'nerds'. 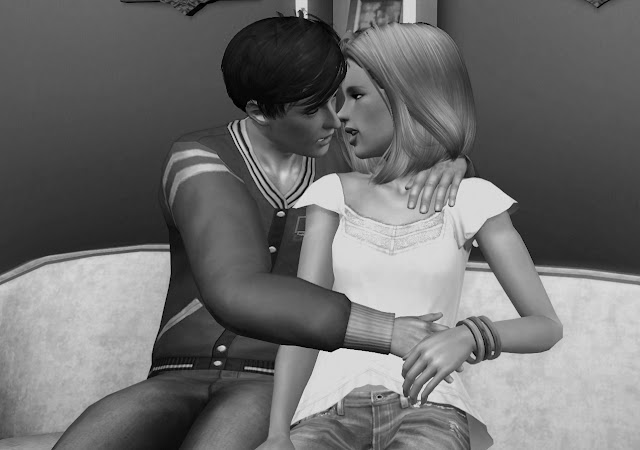 Well, except for me and that was only because I was his ticket to a full scholarship to play football for Bridgeport University. Yep, I was a nerd in high school. I was his algebra tutor and he figured if he seduced me I would do his homework. The most popular boy in school wanted little ol' me...of course it worked. 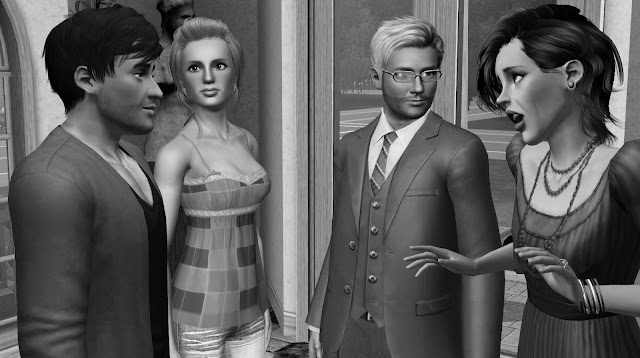 Newt's dream was to play pro ball. We graduated and he got the scholarship. Unfortunately, I found out I was pregnant 2 weeks before graduation. After graduation, his parents forced him to forgo the scholarship, marry me and go to school at a local College instead and get a degree in Business Administration. I was supposed to be his ticket to follow his dream and wound up being the reason he lost his opportunity to do that.

So all of that to say that although Newt is an uncommon name, I feel confident that your brother's Newt is not 'my' Newt. If he were - well that would frighten me more than just a little, but you have assured me you are discrete, so that gives me comfort. On the other hand, it would be nice if Norman's pen pal was 'my' Newt and he did begin to chill and be happy. That's probably just wishful thinking. I never wanted Newt to be unhappy but nothing I did seemed to help. God bless Norman if it turns out it is my Newt and he is helping him. 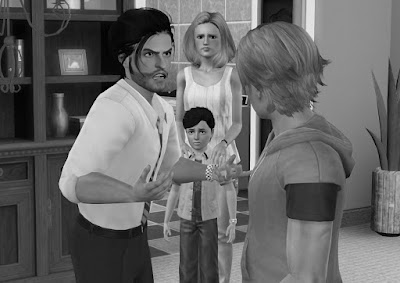 I never intended for you to get caught up in this or know about my sordid past. But since you and your brother might be in the middle of it, I feel like I need to tell you why I am hiding from Newt, just in case. You see, over time Newt began to get more and more out of control. I think it got to the point that when he looked at me and the kids it just reminded him of what he lost. When he found out I was pregnant with Maddy, it was more than he could deal with and he began to spiral completely out of control and he began to frighten me.

One day, it got really bad. I let him "make it up to me" that night. I am sure you must have heard of 'make up sex' - well that was the only kind we ever had at the end. You have no idea how hard that night was. As soon as he left for work the next morning, I gathered up the kids and left. It's been 1 - 1/2 years since that day.

Meadow, I will eventually file for divorce, but I have to prove that I can take care of my kids without his support. No one knows how bad our situation was, not anybody. His parents would take the kids from me in a heart beat if I came back now. They are wealthy and I wouldn't have a chance. I can't risk allowing them back in that toxic environment. So, you see, I can't resurface until I am able to provide a real home for them, not just a cramped apartment. 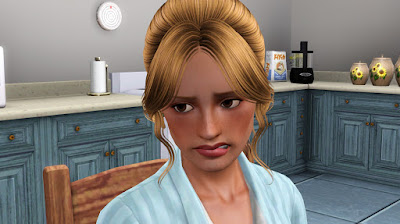 After hearing about all of my drama, you may be the one to decide you can't write anymore. And I understand. But, Meadow, you have no idea what your letters mean to me. They are a bright spot in a sometimes not so great day. When I get your letters, I see what I crave in my life and you give me such hope that it will one day be a reality. You really do lift me up with your kind words.

The fact that you were concerned enough to bring up the possibility that both men were the same speaks volumes about your integrity. You really do think things through. I should learn from the master! So even if it ever turned out the two Newts were one and the same, I would still be comfortable being your pen pal.

So - with that unpleasantness out of the way, you asked about Hailey's father. We are slowly working things out. It's just difficult right now. There area so many obstacles to overcome (as you now know). But we finally had a chance to be honest and talk to each other. I was so afraid he would take Hailey and leave me and I wouldn't blame him if he did. He had seemed to be keeping things purely platonic between us even though he had said he loved me. I was beginning to think it was only as a friend. 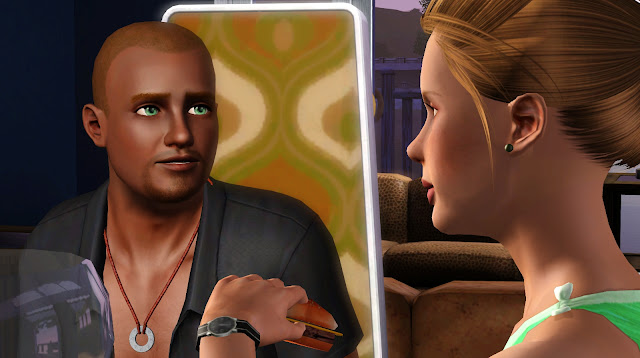 Anyway, an accident caused a bridge to be closed and I was stranded across town and couldn't get back to my apartment. I was not far from where Leroy lived so I went to his house hoping he would let me sleep on the couch. Meadow, I told him absolutely everything. I didn't leave out anything. More than what is in this letter even. He also told me some things that he had been keeping from me. It only made me love him more.

I have to tell you, it was liberating. Sort of like having you as a pen pal! Someone I can talk to and not worry that I will be found. And you know what Meadow, he didn't hate me. He made love to me instead. I hope I am not embarrassing you, but I think its important that you understand. I now know the difference in sex and making love. Newt and I had sex, we never made love. I confused the two. Newt was my first and only everything. First crush, boyfriend and lover. It was the intimacy I craved and how much more intimate can you get with someone. Later in our marriage, we would argue and then we would have sex. Sorry for the gory details. I guess I really need you to understand. Leroy and I needed to be together not because of lust but because of love.

Now that is off my chest we can move on to happier topics. 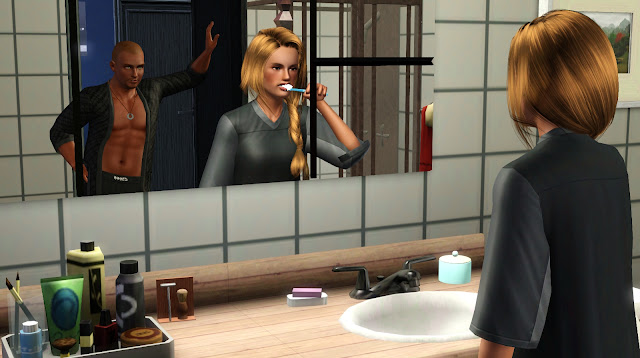 One more funny thing I have to tell about my night at Leroy's. That next morning when I got up, he was making me breakfast. No one has ever done that for me. It was so sweet. But you know what made my cry happy tears? A toothbrush. Yes. He left a new toothbrush on the sink for me. Silly isn't it. He makes me so happy.

We finally moved to a new apartment! Leroy had a two bedroom unit that became available. It is so nice compared to where we were. Now I just need to save enough for that house! My goal is near!

I also got a new job. No more bar tending. I am working in a fancy salon. They do everything from hair to fashion and even tattoos. I am working on fashion design. It's so much fun. So not only will I have a house, I will have a respectable job. Not that there is anything wrong with tending bar, but it doesn't pay much - well at least it didn't in Leroy's dive bar!

Oh my - another really long letter all about me! Let's talk about you and your beautiful little girl and I promise future letters will not be full of my bad stuff.

I noticed you referred to Jena as Cat. Is that because she obsesses over them? How cute. I bet she likes it. Her pictures are absolutely adorable. You are right, she certainly is expressive.

You mentioned possible PTSD? Poor thing. Do you know what happened to her that might have caused that?  If something bad really happened, then those could likely be triggers and you would want to find out what it was so you can better deal with it. Of course, as you said, some kids are just shy and timid and don't like loud noises and tend to get upset in crowds. Regardless, it seems you handled it perfectly. I think mothers have a built in instinct for what is right for their children. Let me know how she is doing.

I can also understand your reluctance to have another person in your life other than Jena. (Especially with me as a shining example of a healthy relationship). But now that I have experienced what love is really about, if that special someone comes along, I hope you don't shut them out because you are afraid. If they don't respect your space, then it isn't love. You will know. I know you will. But you have Jena now and sometimes that is enough.

Sounds like your brother might have found someone. Ira was already a friend so I suspect you approve!

When is Jena's birthday? She must be getting close to three - then you get to experience the terrible three's when she begins to talk back and wants to do everything herself! But if she gets frustrated just try to get her to use her words. That helps sometimes. As advanced as she is, she is probably already doing that!

What are her favorite things to do? Maddy loves the block table. She can play at it for hours. Maybe a little architect in the works.

I feel like I have a great friend in you Meadow. I will respect your wish to continue or not due to our rather unconventional circumstances....

Your messed up friend

P.S. If your brother shares something more that leads you to believe his Newt is or isn't my Newt, don't be afraid to let me know. I trust you won't give me away. I will be facing him again at some point, but just not yet. I hope you don't think I am horrible for running.

Meadows reply to this letter

Posted by AudreyFld at 8:32 PM